The Libertarian Party, Constitution Party and other third parties received tens of thousands of votes in key swing states during the election, which could have altered the outcome of several races had supporters instead favored a mainstream candidate.

At the top of the ticket, President-elect Joe Biden, who was declared the winner of the 2020 election Saturday, narrowly defeated President Donald Trump in battleground states in the Midwest and Southwest, which the president won in 2016, according to The New York Times. Libertarian Party nominee Jo Jorgensen received enough votes to make up the difference between Biden and Trump in many key swing states.

“Today I am reflecting on what a whirlwind this campaign has been, 2020 was a year unlike any other,” Jorgensen tweeted on Nov. 4. “Thank you all from the bottom of my heart for joining us at our rallies, volunteering your time, and working so diligently to make this campaign a success.” 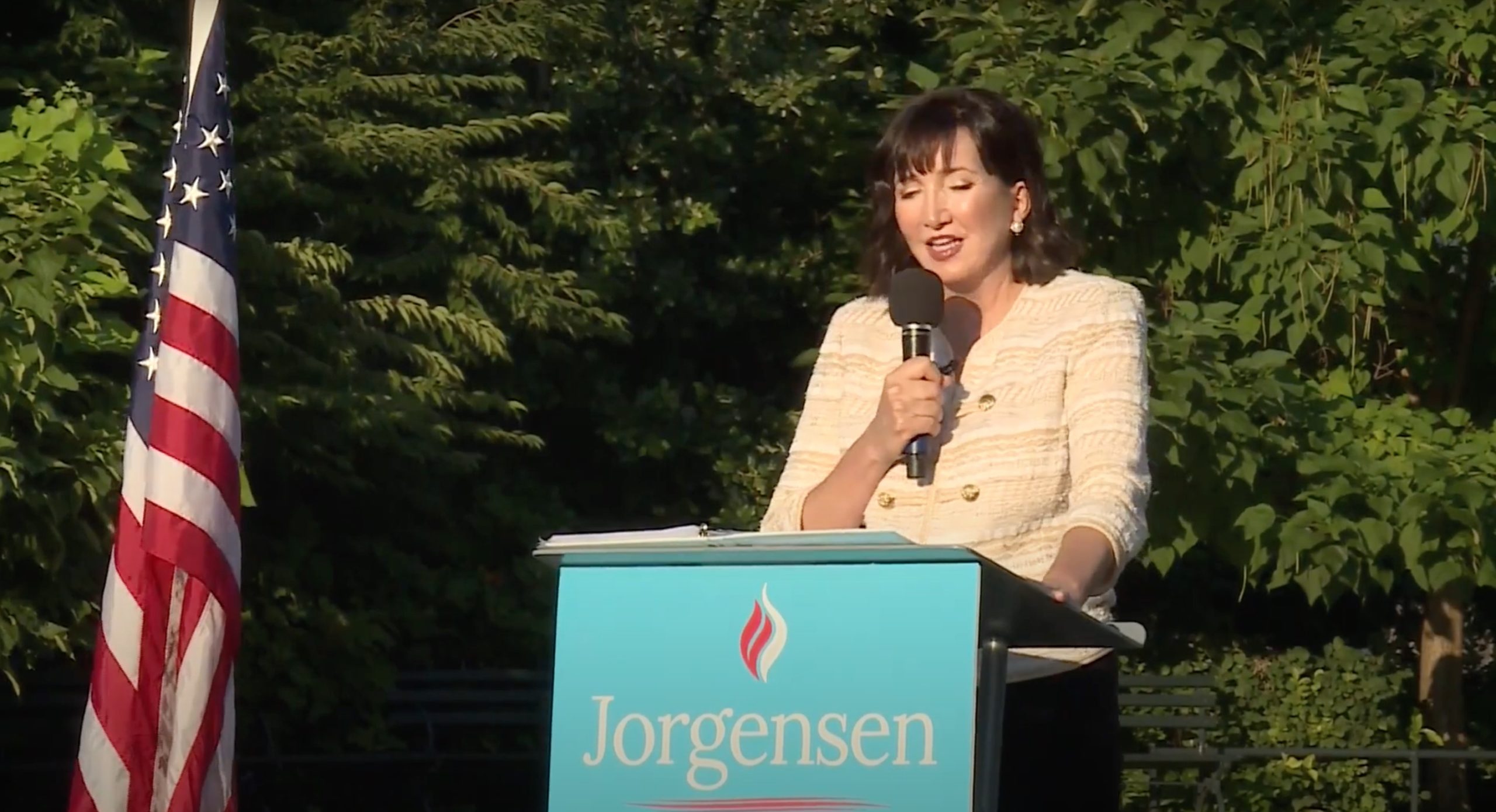 Jorgensen, who ran on tackling the federal debt and lowering health care costs, received more than 1.7 million votes nationwide as of Sunday, her campaign announced. That total marked the second-highest amount of votes for a Libertarian Party nominee in U.S. history. (RELATED: Google Searches For Libertarian Party Candidate Jo Jorgensen Spiked During The Debate)

Biden had 279 electoral votes, nine more than required to secure the presidency, as of Wednesday, according to the Times. Biden held narrow leads in Georgia and Arizona while Trump led in North Carolina.

Those three battleground states were among several states that had tight presidential and senatorial races that came down to the wire and could have had different results if not for third party candidates, Times data showed.

There’s no indication Jorgensen voters would have supported Trump had she not been on the ballot. But the 2020 election may have gone to Trump had even a fraction showed up and voted for the president in a few swing states.

Biden leads Trump by 12,813 votes in Arizona as of Wednesday, according to the Times. While the outcome hasn’t yet been declared by most media organizations, if Trump received roughly 25% of Jorgensen’s 50,636 votes, he would be ahead.

In Georgia, another uncalled state, Trump is down by 14,093 votes as of Wednesday, according to The Times. If 23% of Jorgensen’s 62,053 supporters voted for the president, he would be leading Biden.

And Trump would be ahead of Biden in Pennsylvania, which was called Saturday morning, had he received about 65% of Jorgensen’s 77,942 votes in the state. Biden leads Trump in Pennsylvania by 50,213 as of Wednesday, according to The Times. 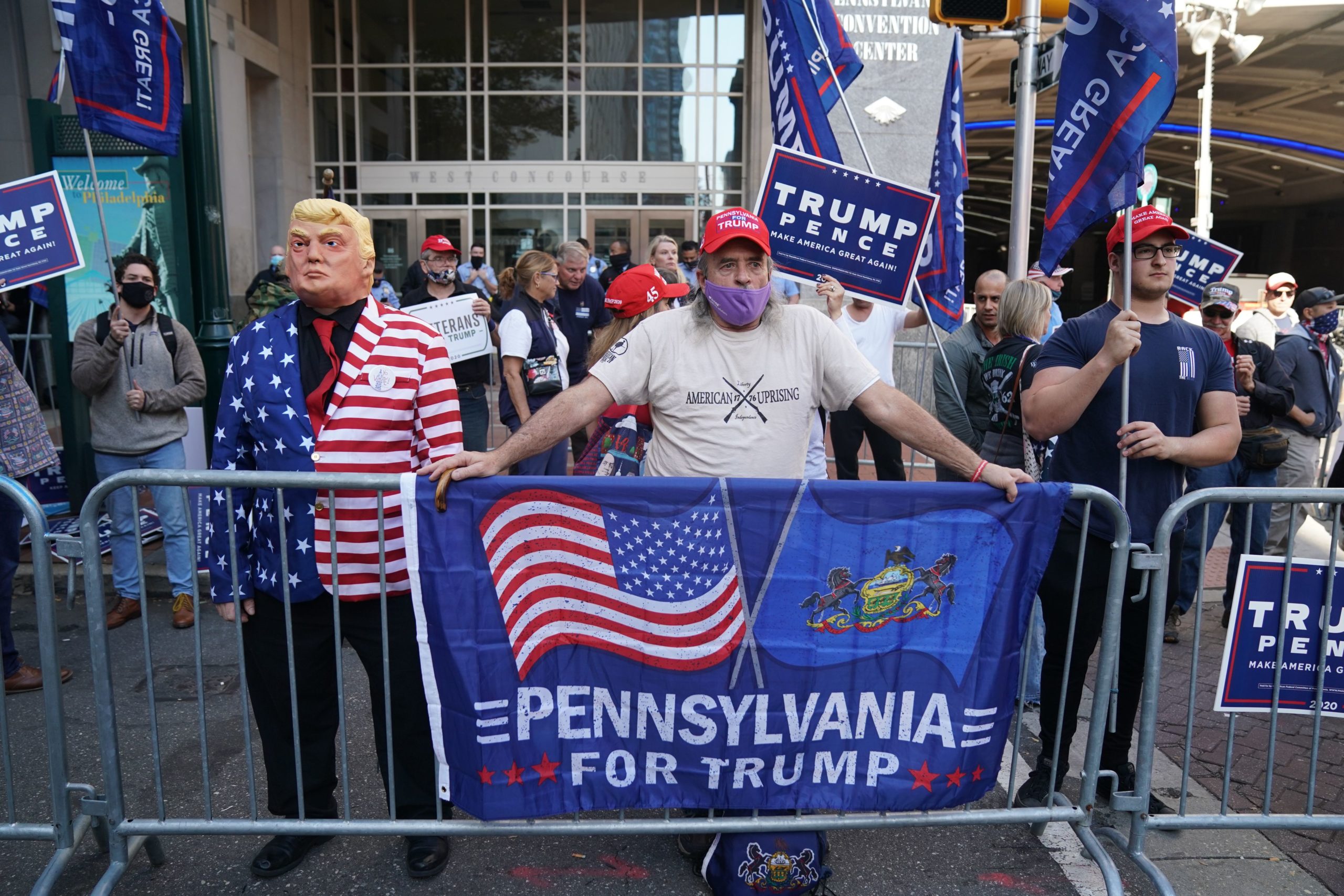 Similarly, if Trump would have won 54% of Jorgensen’s 38,271 in Wisconsin, he would be ahead, according to the Times. Biden leads in Wisconsin by 20,539 as of Wednesday.

Both Brian Carroll, of the American Solidarity Party, and Don Blankenship, of the Constitution Party, received more than 5,000 votes in Wisconsin, according to The Times. Nearly 8,000 people voted for write-ins.

In Georgia, incumbent Republican Sen. David Perdue received 86,615 more votes than his Democratic opponent, Jon Ossoff, as of Wednesday. But the race was sent to a January runoff election since Perdue failed to reach 50% of the total vote, according to the Times.

If Perdue received just 14,268, or 13%, of Libertarian Party candidate Shane Hazel’s 114,886 votes, he would’ve reached the 50% threshold and secured a Republican Senate majority. Ossoff would’ve needed 88% of Hazel’s vote to win the race. (RELATED: What’s At Stake For Republicans In The Georgia Senate Races)

Maine incumbent Republican Sen. Susan Collins led Democratic candidate Sara Gideon by 60,182 as of Wednesday, according to the Times. Collins was declared the winner of the election on Nov. 4 after it was determined that she would narrowly stay above the 50% threshold needed to win. 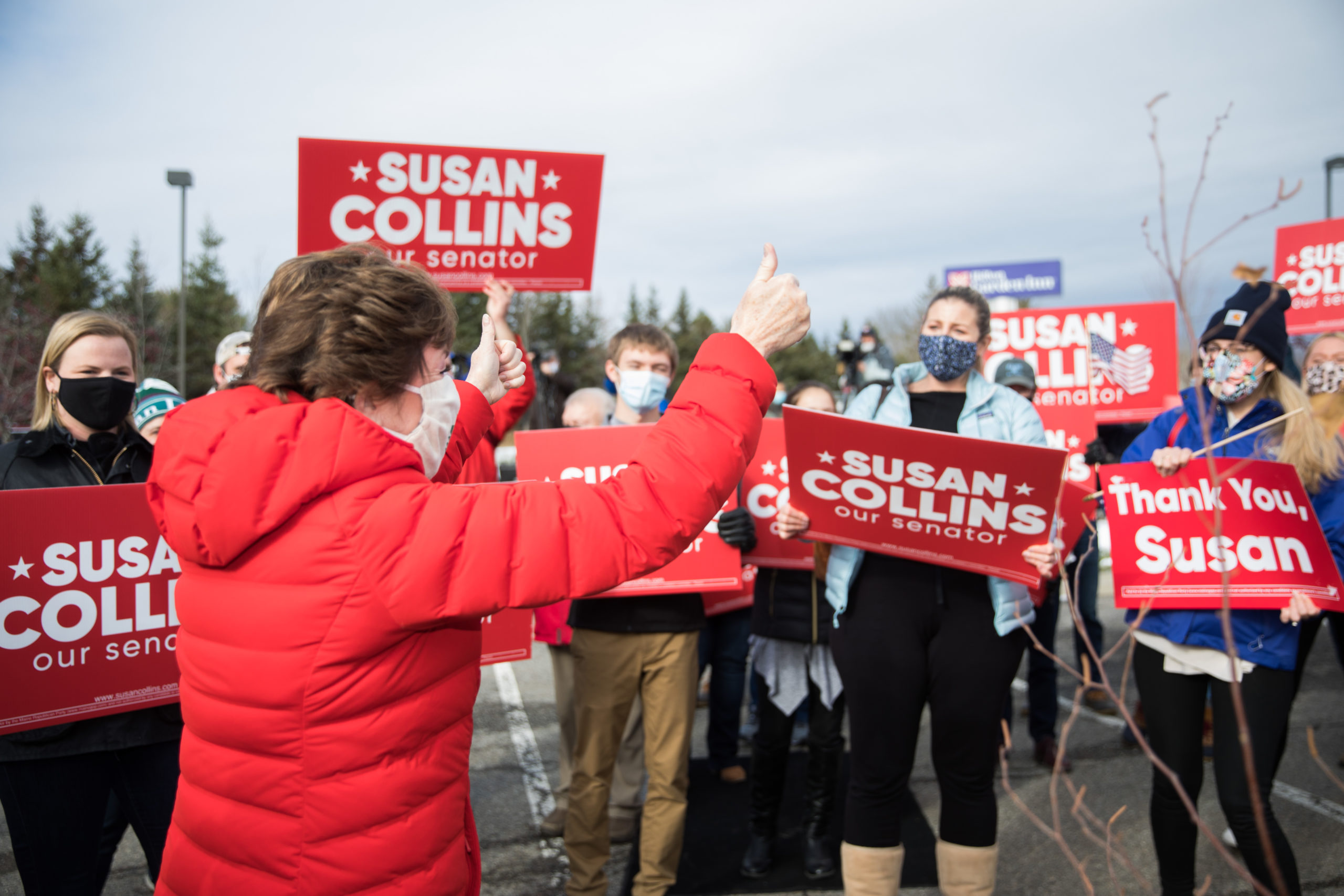 Sen. Susan Collins gives a thumbs up to supporters after announcing her competitor Sara Gideon called to concede on Nov. 4 in Bangor, Maine. (Scott Eisen/Getty Images)

Independent progressive candidate Lisa Savage received 32,816 votes, according to The Times. If Collins hadn’t reached 50% of the vote, voters’ second choice would have been considered.

Savage had encouraged her supporters to vote for Gideon as their second choice, Bangor Daily News reported.

In North Carolina, incumbent Republican Sen. Thom Tillis defeated his Democratic opponent Cal Cunningham who he led by 94,347 votes as of Wednesday, according to the Times. If Tillis received 56% of Libertarian Party candidate Shannon Bray’s 168,938 votes, he would have defeated Tillis.

Content created by The Daily Caller News Foundation is available without charge to any eligible news publisher that can provide a large audience. For licensing opportunities of our original content, please contact [email protected].

Cookies
To make this site work properly, we sometimes place small data files called cookies on your device. Most big websites do this too.
Accept